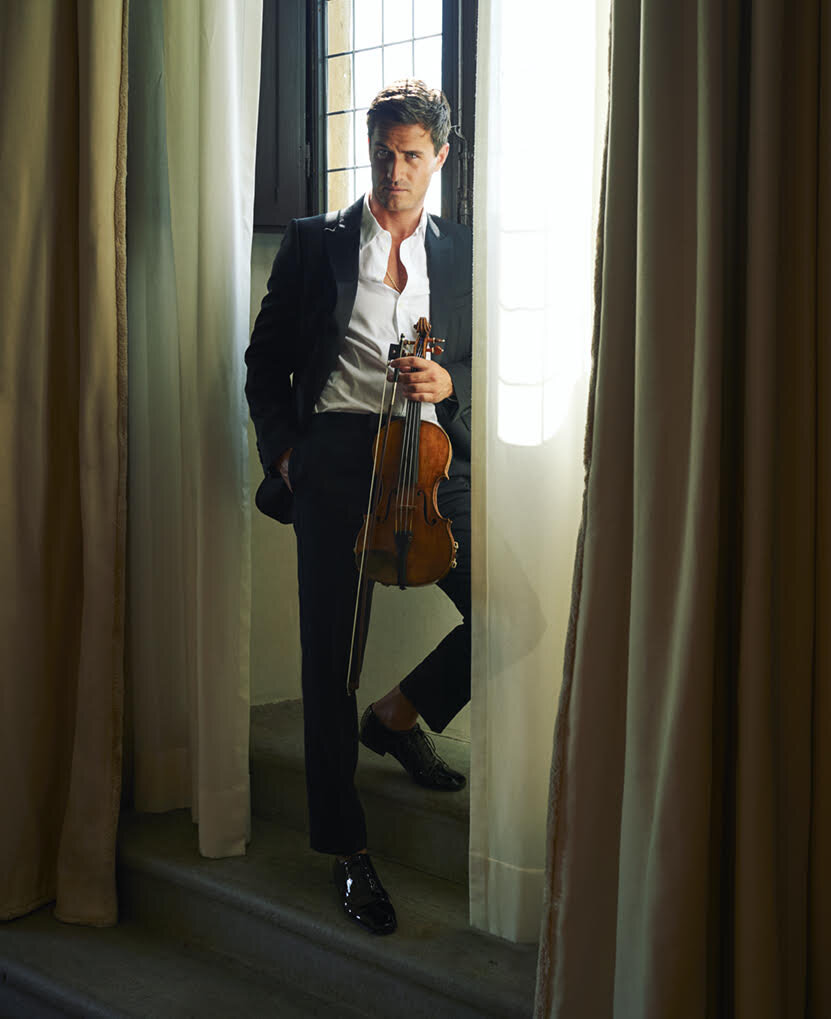 Tracks from Album Seeing 14,000 Streams a Day Around the Globe

Charlie Siem, the violin virtuoso credited for bringing new, younger audiences to the classical music genre, has generated more than 1 million streams of tracks from his new album Between the Clouds, which was released in November by Signum Records. At its height, tracks from the album notched 14,000 daily streams, impressive for a classical music release. Siem’s album, recorded by pianist Itamar Golan, features interpretations of classics from masters of the genre, including Kreisler, Sarasate, Paganini, Elgar and Wieniawski.

“I’m incredibly proud and humbled so many people have embraced Between the Clouds,” said Siem. “This is a deeply personal album Itamar and I recorded before and during the pandemic, and I’m heartened to know it’s being listened by such a broad audience. Between the Clouds provides a great escape in such an uncertain time. Its salon-style sound is a unique way to interpret such classics, which I’m pleased audiences are enjoying.”

“Classical music is a niche audience and artists like Charlie help us expand our traditional reach,” said Steve Long, Director of Signum Records. “We’re thrilled with the performance of Between the Clouds so soon after its release. We expect this album to be a top seller this year, thanks to the exquisite music from Charlie and Itamar. They have re-interpreted classics in a thoroughly original sound that is attracting huge listenership.”

Siem is one of classical music’s brightest stars, a talent who has brought new listeners, including many younger audiences, to the genre with his sophisticated take on classical music, infusing his performances with a cosmopolitan edge uncommon in the form.  “When Charlie Siem gets the tiger under the chin, it purrs,” wrote Vanity Fair. He is known internationally for his trained ear, graceful on-stage performance and precision, and his off-stage charisma and style. Born in London, Siem studied the violin at the Royal College of Music with Itzhak Rashkovsky, and later with Shlomo Mintz, while attending Eton College and Cambridge University. At only 30 years of age, he became the youngest Professor of Music in the UK (Leeds College of Music). He performs with one of the rarest instruments on the classical music stage — a priceless 1735 Guarneri del Gesù violin once owned by the king of Prussia.

The classically trained musician also works with many of the world’s finest orchestras (The Royal, the Moscow and the Rotterdam Philharmonic Orchestras; the Czech and the Oslo National Symphony Orchestras) and conductors (including Charles Dutoit, Edward Gardner, Yannick Nézet-Séguin, Sir Roger Norrington, Libor Pesěk and Yuri Simonov) and performed for the Queen of Denmark.

Siem has also performed onstage with stars like The Who, Bryan Adams and Jamie Cullen, while winning a unique fan base including Lady Gaga, Katy Perry and Karl Lagerfeld.

The musician’s dapper, international lifestyle has made him a muse for designers like the late Karl Lagerfeld, who photographed Siem for both the 2015/16 Dior men’s campaign and his artbook Little Black Jacket (Taschen), which he did with former French Vogue editor Carine Roitfeld. In addition, he has been named to Vanity Fair’s International Best Dressed List in 2014 and 2017.