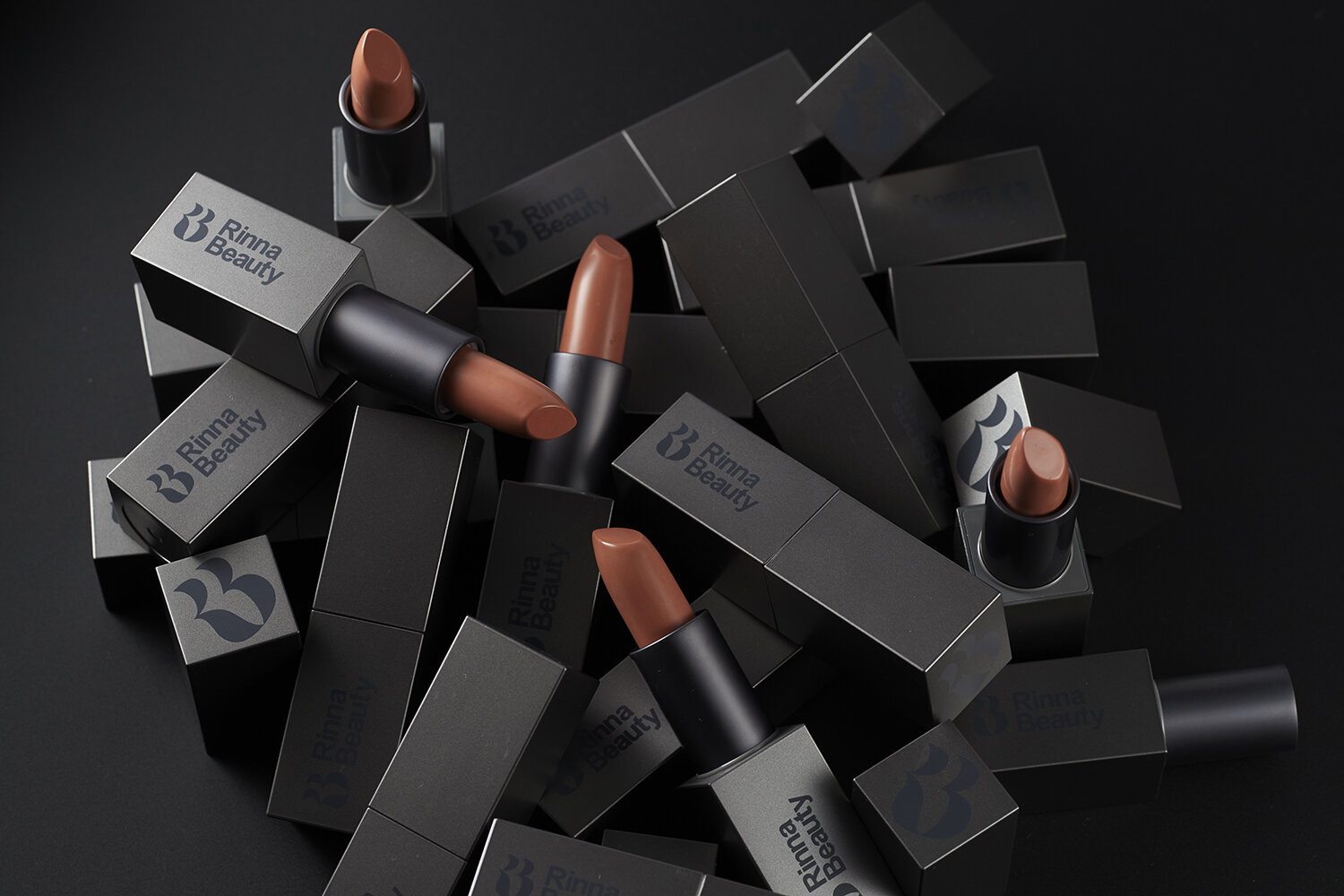 “I’m starting out with a lip kit because I am the lip pioneer,” says Lisa, with a wink and smile.

Lisa’s ICON Lip Kit ($45) comes in three editions — “Legends Only,” “No Apologies” and “Birthday Suit,” – each with a lipstick, gloss and a liner. Lisa conceived, designed and tested every sample, drawing on her own personal style and taste. Creamy nudes, pink and coral are just a few of the shades she is introducing.

The lipstick offers three shades (“Rosé All Day,” “Troublemaker” or “Pucker Up, B!tch”) as does the gloss (“Dancing Queen,” “No Filter” or “Guilty Pleasure”). Included in each kit is Lisa’s “Notice Me” liner.

Lipsticks ($22) and gloss ($19) can also be bought separately on www.rinnabeauty.com.

Since its September announcement, Rinna Beauty has generated tremendous interest and a waiting list many thousands deep. “It’s finally here,” lauded the Daily Mail, proclaiming Rinna Beauty’s lipsticks “fit for her iconic pout.” Allure, beauty’s top magazine, said “Rinna knows her stuff when it comes to lips.” And WWD stated the obvious when it wrote “Her pout has been topic of conversation for years.”

“It’s been amazing to see the anticipation for Rinna Beauty build,” says Lisa. “We have such buzz and interest in the first product, my ICON Lip Kits in my signature nude colors, and I’m so excited it’s almost here.”

Lisa is intimately involved with every product, trying samples, tweaking formulas, testing colors, textures and how long they last. The brand is a passion project for Lisa, who has wanted to do a beauty line for more than a decade. She found the right partner in SEL Beauty, a creator of iconic beauty brands, and is starting with, naturally, lips.

“The momentum for Rinna Beauty is beyond expectation,” said SEL Beauty President Cheryl Krakow. “Lisa’s ICON lip kit is the perfect beginning. She is known worldwide for her fuller lips, a trend that caught on with the biggest names on the red carpet. But Lisa owns it. And now you can, too.”

“Rinna Beauty is me,” says Lisa. “It’s taking everything that I’ve ever known and learned in my life, whether I’ve been on camera or off. What’s great about Rinna Beauty is I don’t have to fit into any mold. There’s nothing holding me back from creating exactly what I love and what works for me. And then of course, the sky is the limit. I see Rinna Beauty as a true lifestyle brand.”

In the realm of Hollywood, few can boast such an enduring and prolific career as Rinna With her exotic looks, prodigious talent, infectious energy and savvy business acumen, she has become one of the most recognizable faces in entertainment, having starred on shows like “Days of Our Lives,” Melrose Place,” “Dancing with the Stars” and most recently the Bravo series “The Real Housewives of Beverly Hills.” Rinna is also a frequent guest host on “LIVE with Kelly & Ryan,” and has filled in for  Anderson Cooper on his eponymous talks show “Anderson.” She also starred on Broadway as Roxie Hart in the 2007 revival of the classic “Chicago” at the Ambassador Theater, after performing in the show’s national tour.

Her chic, sexy style caught the attention of QVC, which worked with the actress in launching “Lisa Rinna Collection,” inspired by her breezy, West Coast aesthetic. The line was an off shoot of the Belle Gray boutique, a clothing store (named after her daughters Delilah Belle and Amelia Gray) ran for 10 years.