SPIES, SECRETS & BETRAYAL: LIVE THE DANGER WITH A FORMER CIA AGENT IN THE ULTIMATE 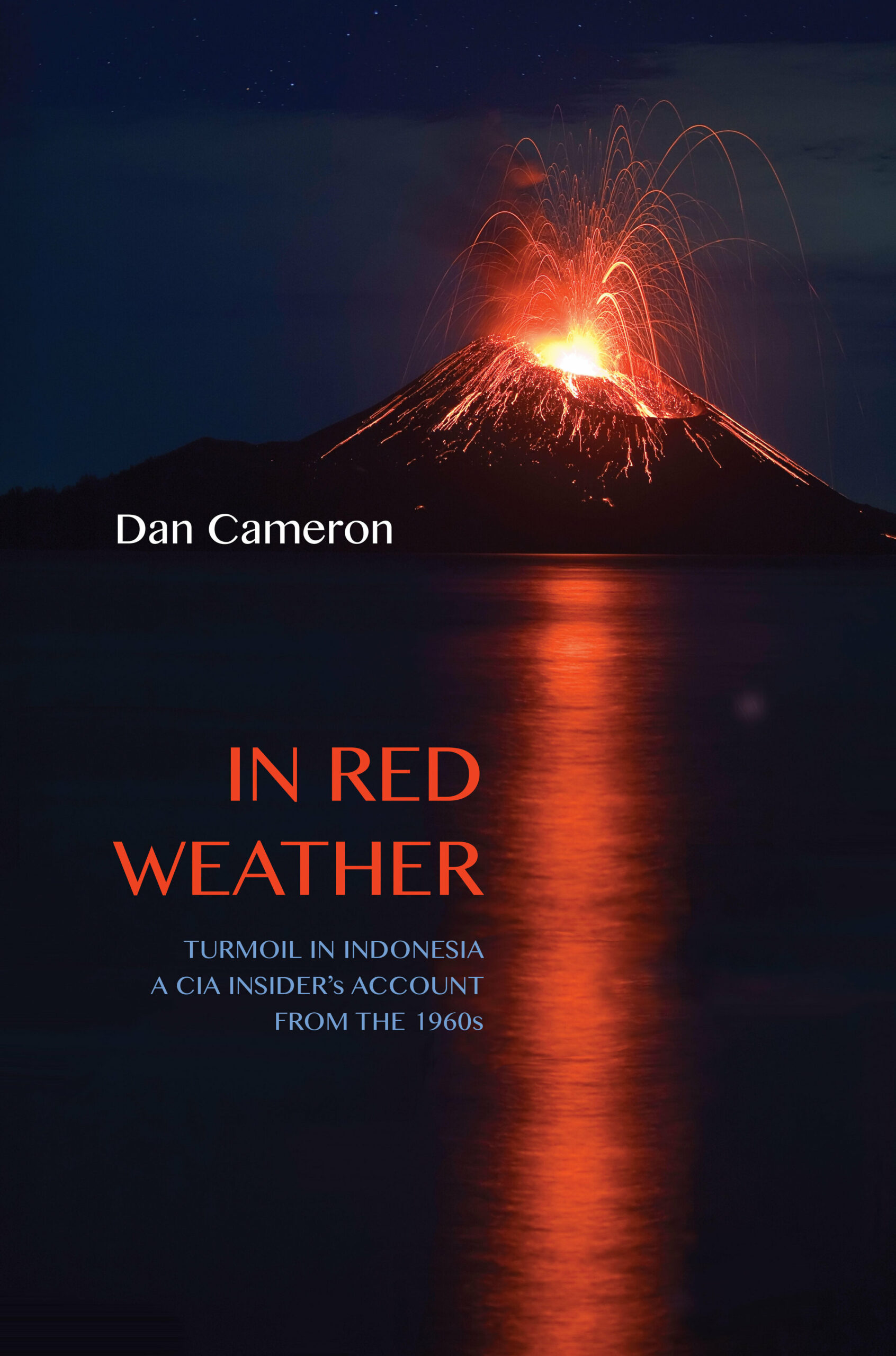 Daniel Cameron didn’t just see the world change through the lens of South East Asia. He had a hand in doing it as a CIA operative, gathering secrets, recruiting spies and planning one of the most audacious operations in the agency’s history. Now, the retired case officer is sharing never-heard-before adventures in his memoir IN RED WEATHER, the story of how a poor, Harvard-educated kid from Brooklyn wound up travelling throughout Indonesia, Singapore, and Myanmar, with Wim Vermuelen, a former member of the Dutch Resistance during World War II.  Their derring-do resulted in saving thousands of lives by foiling the Vietcong’s efforts to shoot down US planes. That particular operation, code named “Habrink,” is at the heart of Cameron’s book, a fast-paced, you-are-there thriller that will leave readers riveted from beginning to end.

“What happened in South East Asia during that time was an influence in shaping the world as it exists today, and I witnessed firsthand how the superpowers jockeyed for control and dominance through clandestine means,” said Cameron. IN RED WEATHER pulls the curtain back on that time and reveals how stealing Soviet technical missile manuals turned into one of CIA’s most successful operations, with all the requisite real life drama, suspense and intrigue. Set against the backdrop of the infamous October 1, 1965 Indonesian coup attempt, which later led to the destruction of the Indonesian Communist Party (PKI) and the barbaric murder of some 500,000 souls, the events Cameron witnessed were a spy-thriller come to life.  HABRINK was ultimately publically exposed through the heinous betrayal of David Barnett, a greedy and treacherous US CIA agent, but the details of the operation have remained secret until now.  Cameron knew, even back then, it would make a compelling account.

IN RED WEATHER, years in the making, called on Cameron’s photographic memory of his time in the region and starts with his early upbringing as a bookish lover of classical music with a penchant for secrecy and goes on to trace his rise in CIA and his astonishing early success.

“There are some stories I cannot share, even today,” said Cameron, who, as an intelligence officer, had to submit the book to the CIA for review. “But there are many more I can, which I think readers will enjoy. Life as a spy was thrilling, more adventurous than expected. There were, of course, times of physical danger, but the overall experience was riveting, irresistible, and rewarding. I met wonderful people and grew to love the rich culture and lush landscape of tropical Indonesia.”

Along the way, Cameron recounts how he made friends throughout South East Asia, from government leaders to ministers, wives and spies. Cameron retired from the agency some years later, and went on to make a second career as a classical music publicist, running the New York firm Hemsing Associates with his wife Josephine Hemsing. How he went from concealing secrets to sharing stories and enjoying life in the tropics is also richly detailed throughout the book.

IN RED WEATHER is the perfect read this summer, a page-turning account of a real-life spy’s role in one of history’s pivotal moments. Brimming with intrigue, suspense and betrayal, it’s escapism at its finest.

We use cookies to ensure that we give you the best experience on our website. If you continue to use this site we will assume that you are happy with it.I agree