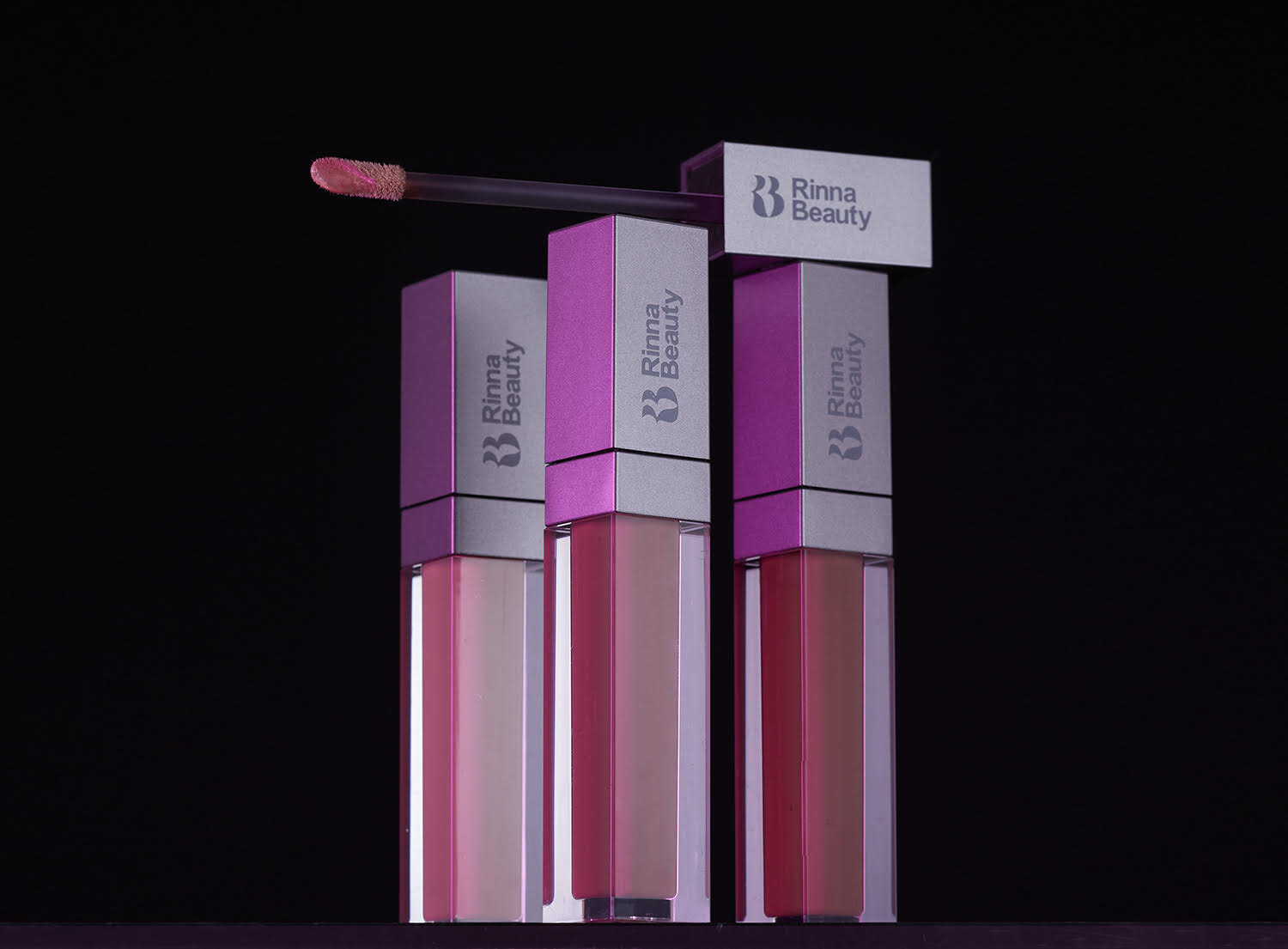 Says Lisa Rinna: “Rinna Beauty is me. There’s nothing holding me back from creating exactly what I love and what works for me.”

After three months of anticipation, the most awaited cosmetic line of 2020 makes its launch today at www.RINNABEAUTY.com. Started by actress/ author Lisa Rinna, the new brand is debuting with, naturally, the ICON Lip Kit, which includes a lipstick and gloss in three signature shades and a liner. “I’m the lip pioneer,” says Rinna, whose fuller lips became a trend long before Hollywood starlets copied the look on the red carpet. Lisa personally developed every item in the ICON Kit, testing formulas, color, texture and wearability, drawing on her own personal style and taste.

The ICON Lip Kit ($45) comes in three editions — “Legends Only,” “No Apologies” and “Birthday Suit,” – each with a lipstick, gloss and a liner. The lipstick offers three shades (“Rosé All Day,” “Troublemaker” or “Pucker Up, B!tch”) as does the gloss (“Dancing Queen,” “No Filter” or “Guilty Pleasure”). Included in each kit is Lisa’s “Notice Me” liner. Lipsticks ($22) and gloss ($19) can also be bought separately.

“I’m beyond excited to launch Rinna Beauty today,” says Lisa. “This has been years in the making. My new line embodies everything that I’ve ever known and learned in my life, whether I’ve been on camera or off. Rinna Beauty is me, and I’m so gratified to now share that with people interested in make-up, style and looking and feeling their very best.”

Since its announcement in September, Rinna Beauty has become one of the hottest consumers launches of the year. Pre-sales of the ICON Kit exceeded expectations, and press coverage has racked up millions of impressions. “It’s finally here,” lauded the Daily Mail, proclaiming Rinna Beauty’s lipsticks “fit for her iconic pout.” Rinna is world famous for her fuller lips, a trend she started long before Hollywood starlets copied the look on the red carpet.

“Creating a cosmetic line has been one of the most exhilarating, fulfilling experiences in my 57 years,” says Lisa. “What’s great about Rinna Beauty is I don’t have to fit into any mold. There’s nothing holding me back from creating exactly what I love and what works for me. And then of course, the sky is the limit. I see Rinna Beauty as a true lifestyle brand.”

In the realm of Hollywood, few can boast such an enduring and prolific career as Rinna With her exotic looks, prodigious talent, infectious energy and savvy business acumen, she has become one of the most recognizable faces in entertainment, having starred on shows like “Days of Our Lives,” Melrose Place,” “Dancing with the Stars” and most recently the Bravo series “The Real Housewives of Beverly Hills.” Rinna is also a frequent guest host on “LIVE with Kelly & Ryan,” and has filled in for  Anderson Cooper on his eponymous talks show “Anderson.” She also starred on Broadway as Roxie Hart in the 2007 revival of the classic “Chicago” at the Ambassador Theater, after performing in the show’s national tour.

Her chic, sexy style caught the attention of QVC, which worked with the actress in launching “Lisa Rinna Collection,” inspired by her breezy, West Coast aesthetic. The line was an off shoot of the Belle Gray boutique, a clothing store (named after her daughters Delilah Belle and Amelia Gray) ran for 10 years.