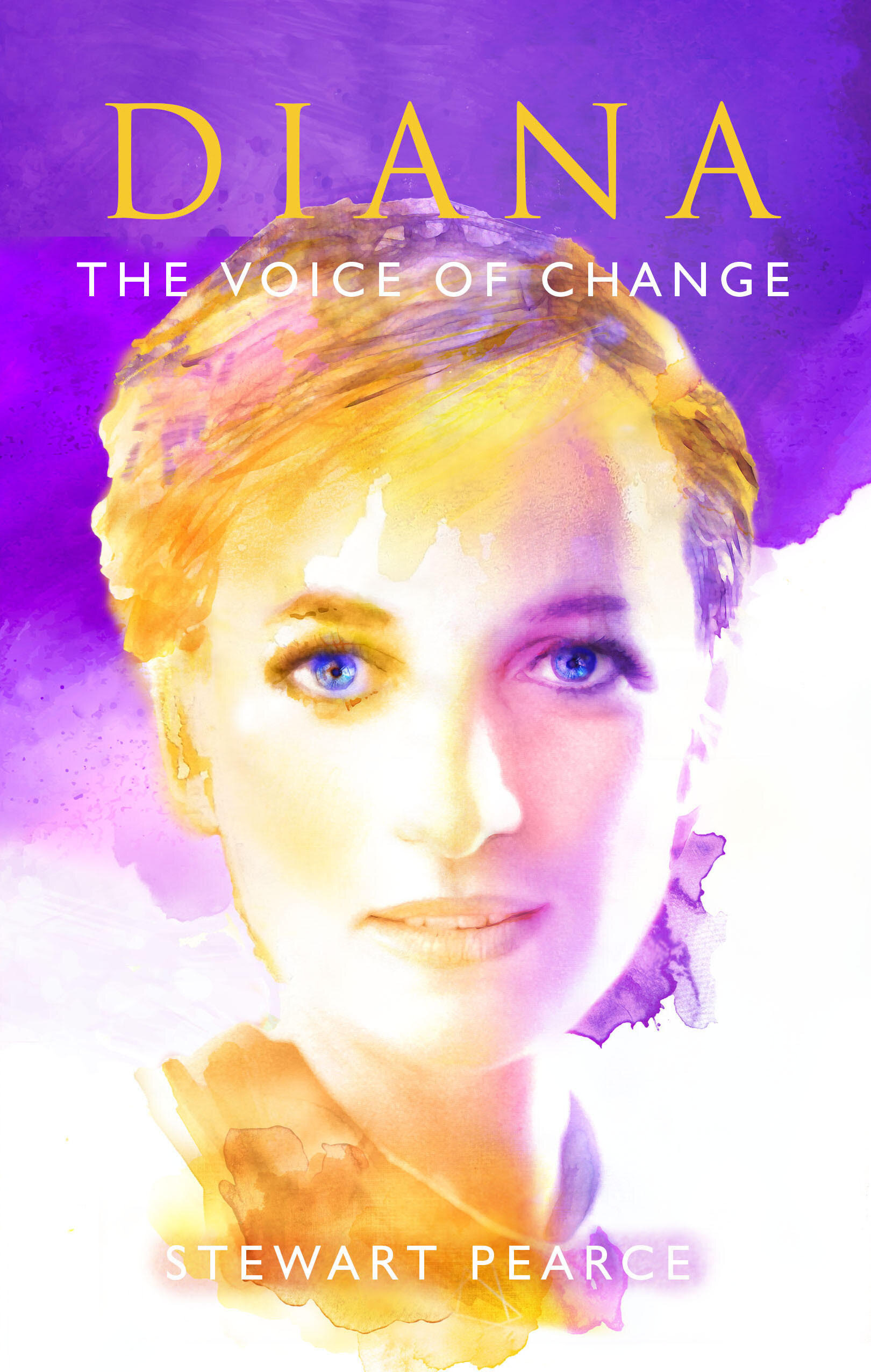 “DIANA THE VOICE OF CHANGE”

For the First Time Ever, Pearce Reveals How He Helped the Princess Build Confidence, Persona, Passion, Persuasion and Physical Presence in the Two Years Before her Death

Said Diana: “I knew something profound was coming my way. He helped me personally with such generosity. Stewart’s Gift is Incalculable”

DIANA THE VOICE OF CHANGE shares Diana’s Journey, and Shows How Readers Can Find Their “Authentic Self”

Hounded by a relentless press, indifferent family and a coterie of supporters who would leak the most intimate details of her life, Princess Diana struggled to find her authentic self amid the chaos that surrounded her life. During this period, no one ever knew Diana was meeting with a private voice and presence coach, Stewart Pearce, in the two years before her death. Working in secret, Pearce helped her find her authentic self and voice and how to share with the world messages of hope, empowerment, kindness, and authenticity. Now, 24 years after her death, he is sharing how he did it in his new book DIANA THE VOICE OF CHANGE (Echopoint, $20.95). Far from a scandalous tell-all, Pearce’s book is both a story and call to action, detailing how Diana’s legacy broke taboos, opened hearts and gave people the confidence to be themselves. A presage to the #Me2 movement, the book is also a workbook for women to be the voice of change in their own lives, learning from the Princess. DIANA THE VOICE OF CHANGE debuts June 15th on Amazon and bookstores nationwide.

“The essence of DIANA THE VOICE OF CHANGE urges each woman to rise up, to be a force for change just as Diana intended her mission to be a culture-shaper, particularly during the latter years of her short life,” says Pearce. “Diana wished that wherever tyranny was held it would be freed by grace, wherever cruelty existed it would be freed by love, and that wherever the voice of oppression existed it would be freed by the voice of the heart. Diana’s firm desire was that through her example the women of the world would find their own authentic voice, fulfilling their own unique purpose. In this Diana was the trailblazer.”

DIANA THE VOICE OF CHANGE shares how Diana opened her voice to its rich potential and shows how readers can learn by example. The book includes exercises, tips, and ways of being to stimulate personal presence, persuasive magnetism, gracious charisma, and creative excellence. Pearce shows how the body’s architecture, breath, movement of the head, signature sound, alchemy, persona and empowering affirmations can help people find the “song of their soul.”

Pearce has long been one of the world’s most esteemed “masters of voice,” helping coach actors (Eddie Redmayne, Mark Rylance, Matthew Goode, Hugh Bonneville, Simon Callow CBE, Julian Glover, Vanessa Redgrave, Michelle Williams, Minnie Driver, Emilia Clarke), politicians (Margaret Thatcher, Benazir Bhutto) and other luminaries. As the Head of Voice at the Webber Douglas Academy between 1980-1997 and Shakespeare’s Globe Theatre between 1997-2010, Stewart’s holistic methods have distinguished him among the rarest of teachers: the ability to help clients find their voice — technically, spiritually, and metaphysically. In Princess Diana, he found the challenge of his career.

“Frankly I had huge reservations about becoming involved, which was based on not wishing to be part of the ‘circus’ that surrounded dear Diana,” Pearce says. “The notoriety that moved alongside the Princess’s public existence was crazy, and I was keenly aware of the fact that a number of her advisors, therapists, and consultants, had treacherously sold their indiscretions to the tabloids for vast personal gain. This produced an understandable sense of betrayal in Diana – a wound that appeared like a deep gash – and so I insisted that any consultation would be underscored by complete confidentiality, and Diana agreed.

Over the next two years, Pearce and Diana met regularly, but secretly.

“My role was defined to enhance her presence in the world by building the skills of confidence, persona, passion, persuasion, and physical presence,” Pearce says. “Diana embodied a crucible of peerless human virtues openly, that we may review as the essential moral principles which balance us in times of monumental change. Her principle virtue being that love is all there is. Diana gave permission for formal behavior to be reinvented, for emotional aloofness to be made transparent, and for starched stuffiness to be given a human face. Indeed, viewing Diana’s life through the lens of the last twenty-four years one sees what a truly extraordinary story hers was. Each climax and nadir appears to have been crafted by a sage-writer of an ancient Greek drama. “

Pearce waited 24 years to write DIANA THE VOICE OF CHANGE.

“The conviction that stirs me now to write this account is not within the nature of disclosure, to trifle the elements of Diana’s misgivings or to expose her inner-most secrets,” Pearce says. “Rather, my fervent intention is to address the very essence of who and what Diana was, so that we may all heal the lamentation of her passing which still scores the hearts and souls of many.”

DIANA THE VOICE OF CHANGE debuts on Amazon and in bookstores June 15. Media can access a galley here.