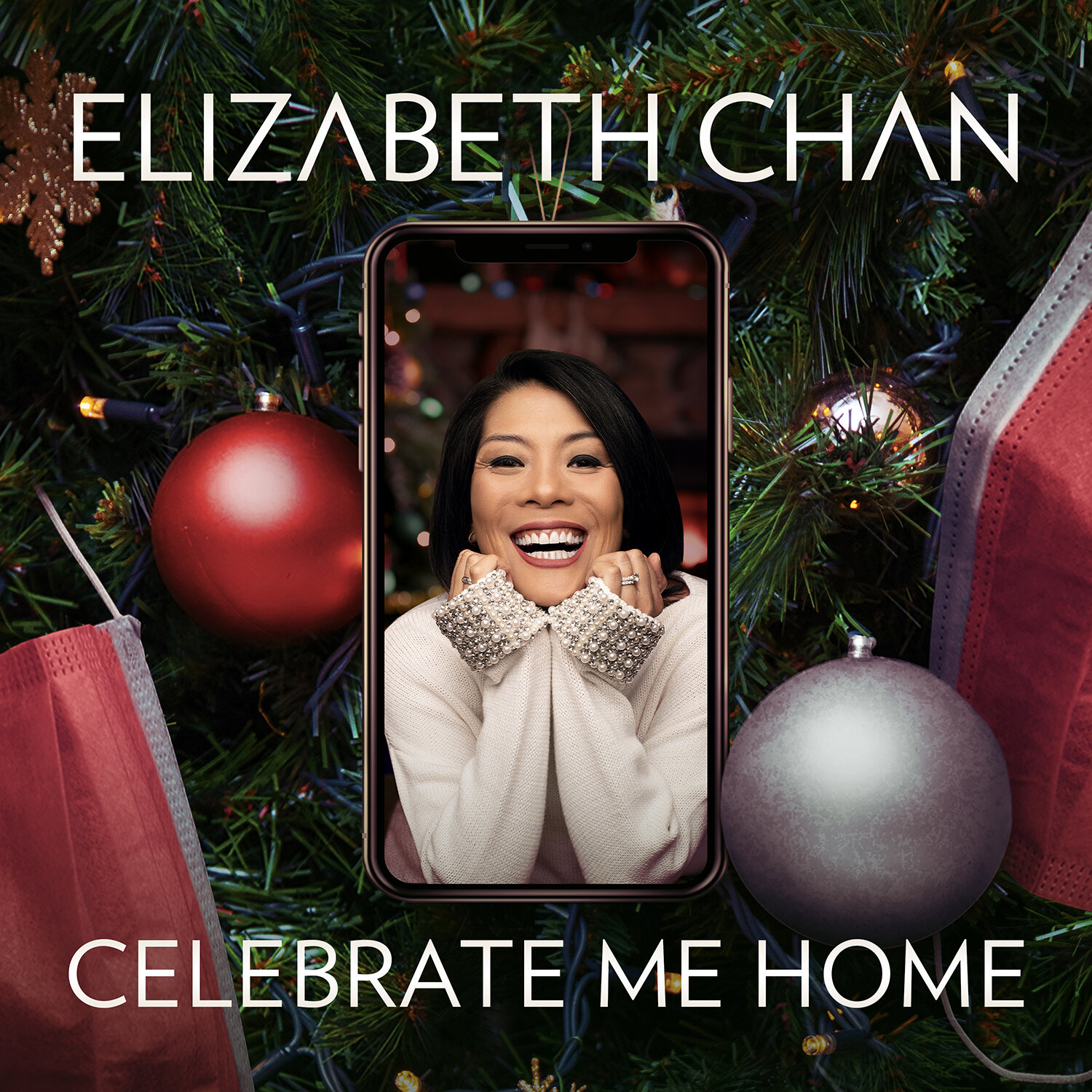 “Queen of Christmas” Reflects on 2020 Lock Down, Pregnancy and the Spirit that Connected the World During the Pandemic on her Ninth Christmas Album

Elizabeth Chan, one of music’s most celebrated holiday artists, will release her latest Christmas album, Celebrate Me Home, in a worldwide debut on Oct. 30. The new album, from Merry Bright Music, includes eight original songs and two interpretations of classic holiday hits by Chan, who wrote and recorded much of the music during the COVID shut down this past spring and summer. The experience had a profound effect on Chan’s songwriting, which has gone beyond holiday cheer to include a renewed sense of community, humanity and survival during uncertain times. Complementing Chan’s deep, soulful baritone on the new album are songs brimming with positivity, hope, holiday cheer and even a message from her two-year-old daughter, who wrote her first song. The music is Chan’s most personal music to date, further establishing her as “The Queen of Christmas,” a title bestowed on the artist by none other than the New Yorker. The album is being released on streaming platforms worldwide, including iTunes, Spotify, Google Play Music and others. You can sample the Celebrate Me Home here.

“Celebrate Me Home is my ninth album, but in a way, it feels like a renewal,” says Chan. “After this year, there is such a deeper appreciation for music that celebrates love, family, friends and a sense we’re all in this together, which is what Christmas is all about. 2020 really crystalized what is most important in our lives. Through some very dark times, some really wonderful things emerged, and it was important to reflect that in my music.”

COVID was not the only event to influence Chan’s music this year. The artist, a mainstay  on the Billboard charts during the holiday season, learned she was pregnant earlier this year, further complicating the recording. With studios closed, family members sick, musicians and collaborators largely unavailable and under doctor’s orders to quarantine, Chan faced her biggest hurdle yet: producing a spirited Christmas album in the age of social distancing. She converted her office into a studio, learned how to track and engineer her own vocals and slowly put together the album.

The result is a labor of love: an album that effortlessly mixes Chan’s reflections on the year with an exuberant holiday beat, providing the perfect soundtrack for the Christmas season.

The album’s first single, also called “Celebrate Me Home,” is a re-interpretation of the popular Kenny Loggins song, but with renewed meaning. “Whenever I find myselfall alone, I can make believe I’ve never gone,” Chan sings in a smoky alto exhilarating piano and strings. “I never know where I belong, sing me home. Please, celebrate me home.”

“I think the idea of ‘home’ really has taken on a deeper meaning,” Chan says. “People spent a lot of 2020 alone, isolated from their family and friends. They want to go home, wherever that is for them. I wanted to capture that feeling, of being away from your family but never losing that connection and desire to be together. Hopefully, this season, more families will be able to spend Christmas together.”

Chan’s two-year-old daughter Noelle even contributed to the album, writing with her mom the single “Christmas Holiday.”

“She has been singing it incessantly in our home during quarantine – like ‘Baby Shark’ for a Christmas year-round household,” Chan says with a smile.

Celebrate Me Home also includes the song “Carry me to Christmas,” a song Chan wrote to her unborn child asking for her support during the worldwide pandemic. Similarly, the song “Never Said Goodbye” also touches on COVID and how many people were unable to see family or friends before they died from the virus.

“I’m really proud of Celebrate Me Home because the message extends beyond the calendar,” says Chan. “We’ve been reminded how precious life and it’s helped us remember what’s most important, year-round. But Christmas will always be the perfect day to celebrate.”

Chan’s never-ending belief in the magic of the holidays has made her into one of Christmas Music’s brightest stars, listened by millions around the globe. Hailed as “America’s most successful, and perhaps only, full-time Christmas-song singer-slash-composer,” by the New Yorker, the artist debuted her first album, Everyday Holidays, in 2011 by launching a Kickstarted campaign that helped fund the recording. Since then, her yearly Christmas albums have become an eagerly awaited part of the  holiday season, spawning many Billboard Top 10 singles.