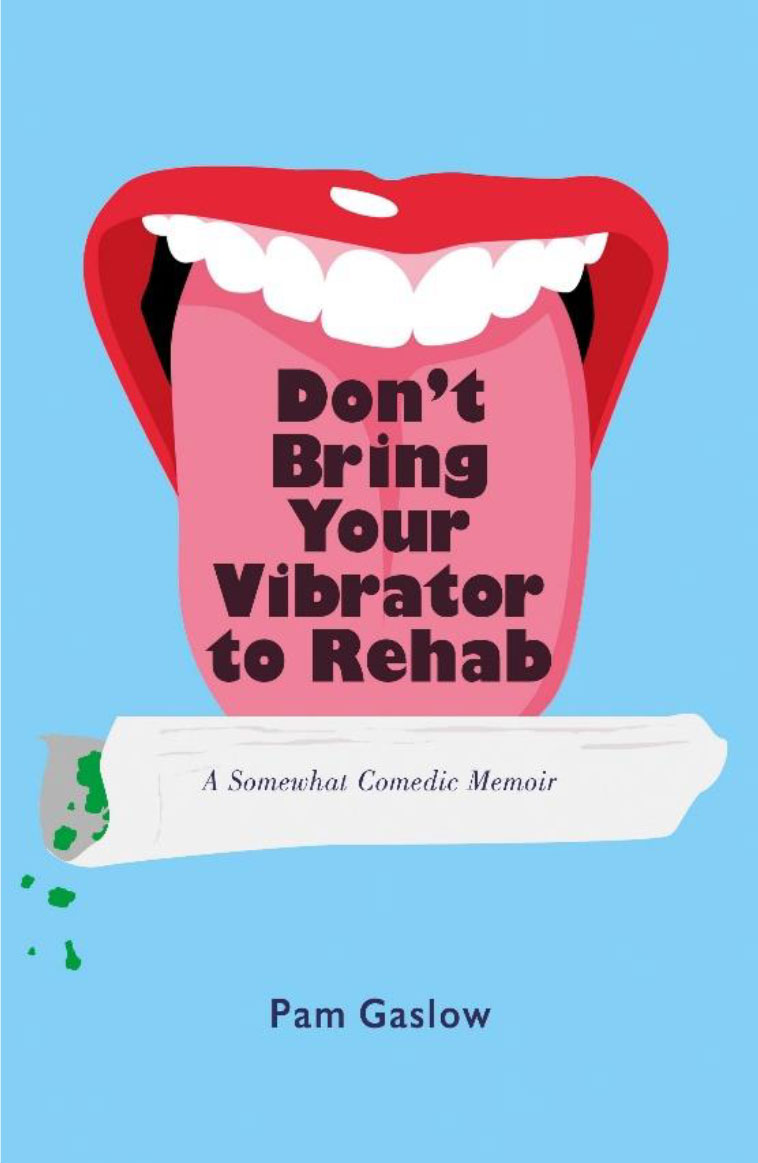 As it turns out, vibrators are on the long list of no-no’s guests aren’t allowed to bring with them to recovery centers. In Pam Gaslow’s debut memoir, DON’T BRING YOUR VIBRATOR TO REHAB: A Somewhat Comedic Memoir (January 11, 2022; $12.99 Soft Cover) she gives readers an intimate and hilarious look at her life as it spins out of control landing her in rehab for a second time. Gaslow shares her tragic yet funny downfall as she becomes hooked on marijuana,
spending two years of her life stoned, impacting her physically, mentally, emotionally and spiritually. Her memoir is a cautionary tale for anyone who is struggling with addiction or perhaps a friend or family member who wants to understand what it’s like to be an addict.

After being sober for more than seven years, Gaslow’s life begins to unravel when she moves to Miami in 2015. There she meets Hunter, a thirty-something unapologetic daredevil/model/actor, whose Facebook video posts include lighting his chest hair on fire, streaking at a Miami/FSU football game before being arrested, and a friend stapling his leg. Despite all the gigantic red flags, he’s perfect for her. It was during this relationship, Gaslow becomes addicted to pot. Readers follow along on her comedic attempts to lead a normal life, like when she goes shopping for a rain
poncho, but buys a machete instead, posts a photo of herself on a dating website inside a crane machine, attempts to learn how to play chess but can’t remember the names of the pieces or the time her sister-in-law gives her a gift certificate for TM meditation but ends up being stalked by the instructor after only one session.

Gaslow finally hits rock bottom when she begins to experience marijuana toxicity and realizes it’s time to get help. In the chapter How To Find The Perfect Rehab (While High), she offers a comedic look at high-profile recovery centers from Promises, Sierra Tucson and Crossroads. She reveals the long list of rules guests must follow at these pricey centers which include no two-piece bathing suits, push-up bras, t-shirts with profanity, shoe polish, stuffed animals, phones, computers, illegal drugs, weapons and yes, vibrators. She artfully pokes fun at the various therapies offered guests from equine therapy, massages, expressive arts, seaside therapy and weekly client talent shows.

After screening numerous facilities, Gaslow selects an in-patient treatment center where she faces her demons to get sober. Readers are given a raw and personal look at what life is like inside rehab. Gaslow shares the good, the bad and the funny on her journey to get clean. As Gaslow notes, rehab is for people who want it, not for people who need it. DON’T BRING YOUR VIBRATOR TO REHAB is a humorous, insightful and painfully honest look at one women’s effort to get her life back and get sober. Readers will be inspired to face their own fears as they discover their new deeply flawed, hilarious and loveable BFF within the pages of this wildly personal memoir.

She’s designed catalogs for J.Crew, performed stand-up comedy, even worked as Henri Bendel’s only female security guard. Pam Gaslow has had an eventful life — including once being threatened by her family with disownment over her Depressed Hot Girl blog — and it’s about to get even more so with her firstpersonal confessional, “DON’T BRING YOUR VIBRATOR TO REHAB: A Somewhat Comedic Memoir.” It’s a hilarious chronicle of her journey toward
sobriety from a toxic marijuana addiction, told with candor, honesty, absurdism, and the trademark wit that has brought her to comedy club stages across the country. The New York-born writer is also a contributor to The Huffington Post, The Good Men Project, The Times of Israel, and Newsbreak. Gaslow, who also works as a mixed-media artist, once owned and designed children’s clothing lines under the brands Pamela Jo (for girls) and
Handsome Jack (for boys). Now based in Miami, she is sober and enjoys visiting petting zoos on weekends.